Why is gold better than a newfangled gadget?

We live in an age of rapid development of information technology. Most of us are surrounded by new industrial and household appliances, all kinds of gadgets and devices that help us in our everyday lives.

Every day, new devices are created that are aimed to attract the attention of the mass consumer everywhere – at home, on the road, at work. For several decades, mobile phones have almost replaced landline telephones, while the ultra-thin plasma displays have substituted the old CRT TV sets, and the Internet has become available to four billion people on the planet.

Many people believe that technology is the main value of the 21st century. Is it true?

Science and mass-production have progressed greatly, making significant headway by inventing new products designed to serve humanity. People enjoy these technological benefits, but their joy in buying a new gadget is short-lived and transient.

The first portable phone, released in 1989, despite its impressive size, cost a fortune. Only a wealthy person could afford such a phone. 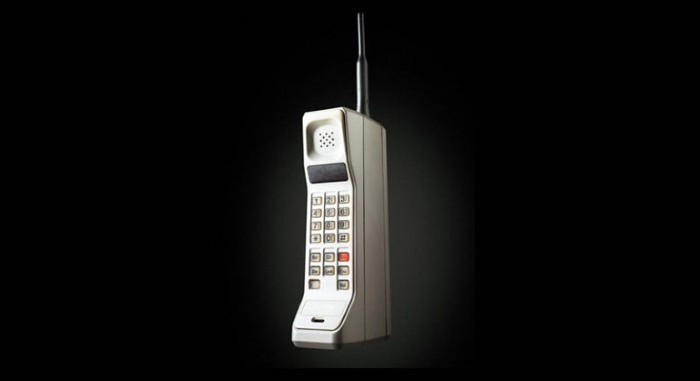 In the photo: the first portable phone released in 1989.

For three decades, thousands of cell phone models have been released that are of no value now.

Landfills in different parts of the globe are overflowed with tons of obsolete and useless equipment. Various household appliances, computers, mobile devices turn into useless trash over time. 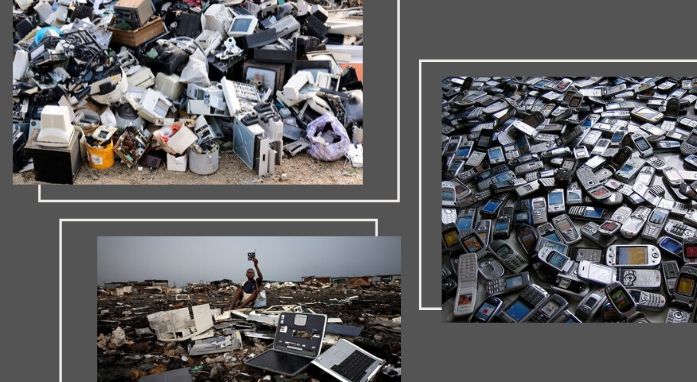 Old inventions become a thing of the past, new and more refined ones emerge.

People still continue to buy high-tech innovations, trying to "fit in" and keep up with the latest trends, but they do not use all the functionality of their brand-new devices, most often only a small part of the built-in functions are used.

The faster the progress is, the quicker things lose their relevance, they become cheaper, and often completely depreciate. A person spends a lot of money on new devices, not realizing the zero profit potential of such investments. By purchasing expensive "toys", people are constantly deprived of a certain part of their personal savings.

As a result, a craving for the latest yet ephemeral trends leads to the fact that:

The choice is yours!

Let's imagine that you have capital and you have the freedom to use it as you wish, and you want to spend your money effectively and profitably. What will be your choice?

What would you prefer?

Buy another gadget that will soon depreciate and lose relevance, or make a long-term contribution to your future?

Do you really need to chase passing trends, or should you pay attention to what will bring you tangible benefits and give confidence in the future?

Even in the era of technological innovations, eternal values remain relevant, and gold is truly an eternal value.

Gold was highly valued by people at all times, serving as a guarantor of their material well-being and prosperity. The demand for the precious metal breaks all records, and its price maintains a steady upward trend.

Both experienced investors and ordinary people buy gold in order to protect personal savings from inflation and currency depreciation. Gold is the most promising asset of the 21st century, which exists outside the political system and is not subject to economic risks.

Gold – the real wealth, not a trendy accessory that can soon become irrelevant.

Rate this article:
Gold News
You May Also Like:
Right thoughts are the key to success
Gold vs Sanctions
[VIDEO] What did little Luciano dream about, and where did it all lead to?
RELATED NEWS
The unquenchable thirst for gold in the Middle East
Another country has entrusted its economic future to the precious metal.
Is the race for cosmic gold starting this year?
Humanity is ready to take a step towards the exploration of gold deposits outside the Earth.
Asian giant against the crisis: what do people in China think of gold?
What do the latest data from the mighty Eastern power say?
Prospects of gold: a breather before a new leap?
Should we expect the conquest of new frontiers?
Nigeria creates a “gold springboard” for its economic leap
The precious metal as the foundation of the nation’s well-being.
Turkey builds gold muscles
The country’s policy towards the precious metal speaks volumes.
Egypt’s fascination with possibilities of gold
The people of Egypt have taken a fresh look at the precious metal.
Billionaires enter the battle for gold
The gold industry is in the spotlight.
Bankers: gold is the top asset of 2020
The grand successes of the noble metal astonished the whole world.
Where gold is heading to: expert opinions
A significant psychological barrier has been overcome. What’s next?
Take the test
and find out if you are exposed to the Lack of Financial Security virus.
Register on the platform to receive the test.