Scientists: gold is more valuable than many people think

You’d think that the yellow metal has been thoroughly studied and all its properties are well known. However, gold does not cease to amaze, demonstrating its hidden potential to mankind.

Researchers at Cardiff University have found that gold can save lives, improve people's health and cleanse the environment. The secret lies in a chemical phenomenon called catalysis.

The catalysis method is applied in the production of 80-90% of modern goods. To accelerate the required chemical reaction, a special substance is used: a catalyst. But commonly-used catalysts (for example those that contain mercury) are harmful to the body and the environment. Scientists have found a better alternative — gold.

“Too many processes create too much waste and not enough product. By introducing a gold catalyst we can reduce the amount of waste and increase the productivity for the benefit of a number of processes. The more we learn about this precious metal, the more I feel that society is ascribing the wrong kind of value to gold,” says professor of physical chemistry Graham Hutchings. 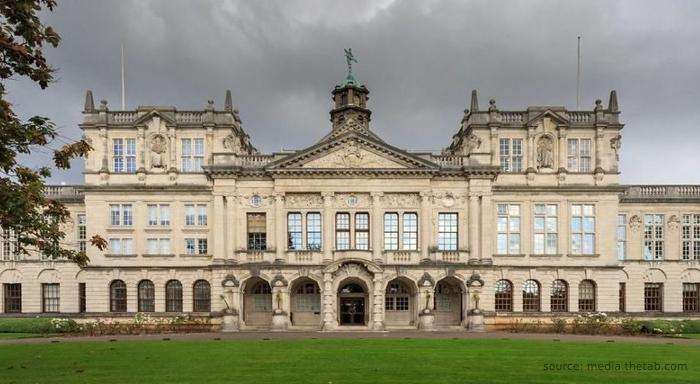 In the photo: Cardiff University in the UK.

An important discovery is that gold constitutes the best catalyst for the formation of vinyl chloride. This substance serves as a raw material for the manufacture of polyvinyl chloride (PVC) — a material that is widely used in construction, transport, medicine, household goods. Gold purports to replace the mercury catalyst, which is now used to produce vinyl chloride and is harmful to the environment. According to Professor Hutchings, such a replacement would be of great benefit to society.

There are other ways to use gold catalysis. During natural disasters, when people are trapped in an enclosed space (for example, in a mine), a gold catalyst can be used to clean the air of poisonous carbon monoxide. This principle can be applied at home to reduce the risk of carbon monoxide poisoning from various devices: stoves, gas heaters, gasoline engines.

The use of gold as a catalyst will help to consume production raw materials more efficiently, making the industry more environmentally friendly.

From chemistry to finance

While scientists are researching gold to make new discoveries, the noble metal helps society to deal with the crisis and achieve Financial Security. Against the backdrop of the fall of the global economy, gold shows a steady rise in price, and therefore — the ability to protect and accumulate savings in the current difficult conditions.

WHAT IS THE BENEFIT OF GOLD?

Rate this article:
Gold News
You May Also Like:
The New Victory of Gold: Russia
[VIDEO] What did little Luciano dream about, and where did it all lead to?
Your secret motivation checklist
RELATED NEWS
The unquenchable thirst for gold in the Middle East
Another country has entrusted its economic future to the precious metal.
Is the race for cosmic gold starting this year?
Humanity is ready to take a step towards the exploration of gold deposits outside the Earth.
Asian giant against the crisis: what do people in China think of gold?
What do the latest data from the mighty Eastern power say?
Prospects of gold: a breather before a new leap?
Should we expect the conquest of new frontiers?
Nigeria creates a “gold springboard” for its economic leap
The precious metal as the foundation of the nation’s well-being.
Turkey builds gold muscles
The country’s policy towards the precious metal speaks volumes.
Egypt’s fascination with possibilities of gold
The people of Egypt have taken a fresh look at the precious metal.
Billionaires enter the battle for gold
The gold industry is in the spotlight.
Bankers: gold is the top asset of 2020
The grand successes of the noble metal astonished the whole world.
Where gold is heading to: expert opinions
A significant psychological barrier has been overcome. What’s next?
Take the test
and find out if you are exposed to the Lack of Financial Security virus.
Register on the platform to receive the test.